A beer tower, also known as portable beer taps or a giraffe, is a beer dispensing device, usually found in bars and pubs. The idea behind beer towers is that several patrons in a group can serve themselves the amount of beer they want without having to order individually.

The device comes in a variety of sizes, most often double to triple the size of standard beer pitchers that hold around 48–60 U.S. fluid ounces (1.4–1.8 L) of beer.[1] It is usually a four-foot-tall plastic cylinder attached to a beer cooling device at the bottom. Some beer towers consist of concentric cylinders; the central one is filled with ice which helps keep cool the external one that actually holds the beer. When filled, it holds a total of 133 U.S. fluid ounces (3.9 L) of beer. 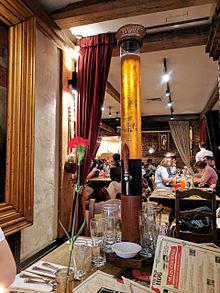 A beer tower in Warsaw, Poland

The ancestor of the modern beer tower was called a portable keg tap or a picnic tap, since the device was mostly used at outdoor events, such as picnics. They were significantly larger than modern beer towers. The method involved manually pumping air into the beer container; the resulting pressure within the container would force the beer out the tap. There was also a variant with lager beer barrels that stood upright, allowing gravity to force the beer out the tap, which is the principle of the modern day system.

The beer tower is popular in bars and clubs throughout Thailand, Malaysia, Singapore, and the Philippines. Since 2012, the beer tower has appeared in Australian bars after first being used in Queensland. 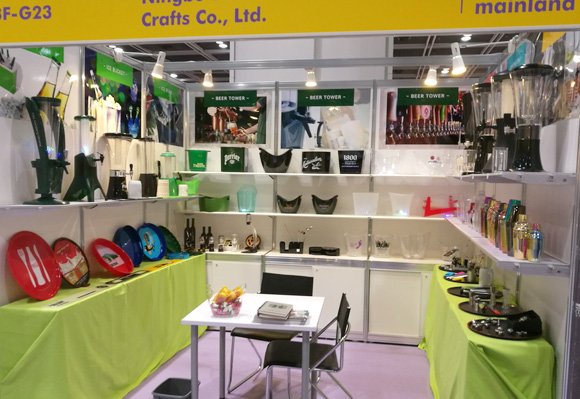